A Decade of Development 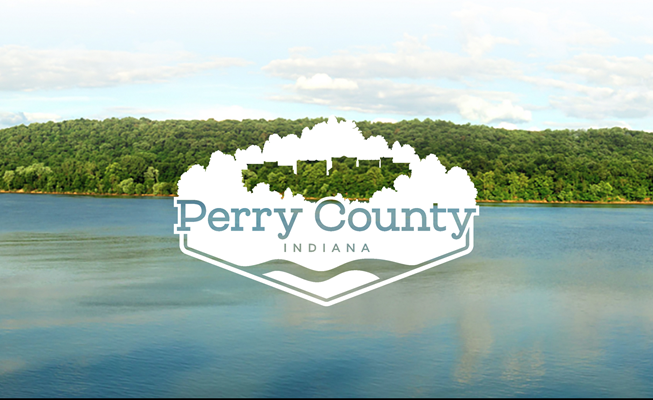 How education has progressed in Perry County

TELL CITY – Sparking the community back to life over the last decade was the topic when Perry County leadership spoke at the annual statewide Ivy Tech One Summit in Indianapolis.

TCJSHS Vice Principal Chris Hollinden gave an update about their presentation in Indianapolis to local board members this week.

According to Hollinden, it all started with a trip to Evansville late last year when they spoke to the Ivy Tech Board of Trustees. At the meeting they impressed Sue Ellsperman, president of Ivy Tech Community College, who asked them to go to Indianapolis to share information with Ivy Tech administrators about how they integrated Ivy Spark into the school system and how it has improved the quality of education since then.

“It was a great opportunity. It sounds really weird, but it was reflective for me to be able to do … because sometimes we roll (ahead) and don’t think about where we were,” Hollinden said.

Erin Emerson, vice president of the Perry County Development Corporation, spoke at the summit. Speaking to Tell City trustees, she explained some of the topics she shared in Indianapolis.

“We explained that we are a small, rural community, and like many small communities, we deal with the brain drain, downward population trends, aging population, and we’re trying to be proactive about that,” Emerson said.

Emerson described Perry County as manufacturing-based, revealing the statistic that 36% of employment comes from that sector. Second is health care. Both are reflected as top providers in payroll across the county.

Going back to 2010, she said, “Naturally the focus of development (up until 2010) was big business. And then at our Ivy Tech, a very academic focus. Fast forward to 2013, we had around 300 unfilled positions in our community. We were also facing the potential loss of our campus. As a community, we joined forces and figured out how to keep Ivy Tech. Without it, you have students who have to drive 50 miles to the nearest location.”

Emerson said that at the same time, the development corporation shifted its focus from big business to workforce development, talent attraction and community development.

Gary Greubel, Waupaca Foundry human resources, who also presented in Indianapolis, told the trustees about why Waupaca is involved in the schools, “It’s important to maintain a talent,” he said.

“We don’t want schools to be the farmers that bring the workers, but there’s skilled trade jobs here,” he revealed. Automation and integrated technology are large parts of Waupaca, and they want to “Provide students a career pathway within manufacturing. There’s the high learning demand skills.” Waupaca uses a mentorship program allowing students to safely learn the basics of electrical panels and the like.

“It’s the experience they gain. The positive view of manufacturing,” Greubel said.

How they’ve bolstered the community, Waupaca supports the local daycare, contributed to the STEM lab at WTE, supports VEX robotics, provides junior achievement and has an internship program.

Greubel shared, sometimes student interns learn a career pathway isn’t for them. Other times, interns learn computer software and manufacturing practices that attract customer attention and interns are offered employment because of their experience.

“We have to grow our own through Ivy Tech,” Greubel said.

Hollinden addressed school board trustees on Tuesday night saying, “So much of what we are doing now in our schools is more relevant than it’s ever been. There’s been a major shift in how we educate our kids.” Speaking about Ivy Tech administrators who heard their presentation in Indianapolis, Hollinden said, “(The shift) is leaning its hand more and more to what they can offer us. I think some of them saw it as an opportunity they can jump on.”

As for how education works now in Perry County compared to 10 years ago, Hollinden said, “10 years ago we were very closed door. It’s typically how schools are. But we started having these conversations with PCDC about what can we do, because we did see long-term issues, that dwindling uneducated workforce. How do we bring people back and bring our best back? How do we sustain where we are right now.”

He said there was a shared demoralizing when they addressed the issues. “We had to start what was almost an awareness campaign to educate our kids and just as importantly to educate our parents. That if you want to come back here, there are jobs here, and good paying jobs.”

Hollinden pointed out that the Ivy Tech classes are more than just outside internships, but integrated in many classrooms with dual college credits. “Ivy Tech is a big help with that,” he said.

“Having a career pathway when a kid goes through school is more relevant now than ever,” Hollinden said. “You need to find creative people who can build those pathways.”

Peter explained, The 2019-2020 Science Bowl competition consisted of three rounds. The Experimental Round, the Team Round, and the Individual Round.

All questions were administered through an online test. The Science Bowl team was able to compete with other schools at a distance, where judges assessed all entries and tallied results. Entry forms for the competition were due back in October 2019, with information posted on experiment requirements and the online test posted in November 2019. The competition itself was held Jan. 27-30, where all entries were submitted

Four of the 11 students participated in the individual competitions. Students were, Aaron Hilgenhold, Rylyn Aubrey, Alexis Fulton and Kelton Aubrey. The online test and experiment were taken by all participants.

The common theme among participants for this year’s competition was Life Science, Biology. Peter said, “The team learned how to extract DNA from a banana, and about the different types of cells and what they are made of,” which their results were their entry.

Students said, “We would practice every day, skipping out on recess just to practice all vocabulary and our project.”

“There were 34 schools who initially sought STEM certification, and now through the second round we had two weeks to provide more evidence in the grey areas that weren’t at the (required) level and 11 schools made it through. We are one of the 13,” declared Laura Noble, William Tell Elementary principal.

As reported last month the IDOE looks for schools whose faculty and administration who are interested in supporting a shift in teaching methods to develop students’ ability to think logically, solve problems, innovate in both academic and real-world contexts, engage in inquiry, collaborate with peers and self-motivate.

Noble reported that after the first round, they found they fell a little short, but that was expected since they are new to the IDOE STEM criteria. They hadn’t given up on meeting the requirements, and after providing more evidence to get their initial scores to expected levels, the extra effort and evidence improved their scores. They now have round two to look forward to, a visit from IDOE representatives.

Improvement is a process that takes different steps and time, and as Noble described, “We’re down to one required element that is ‘professional development,’ we need on utilizing STEM assessments in the classroom and providing feedback. So we turned to our Southern Indiana Education Center and they’re going to come and provide customized training.” While SIEC is visiting WTE, faculty and administrators hope to learn more of what they need to improve that specific area.