A Pact in Peril

Changes that disrupt the flow of those goods, or the supply chains up and downstream, could adversely affect companies around the region. 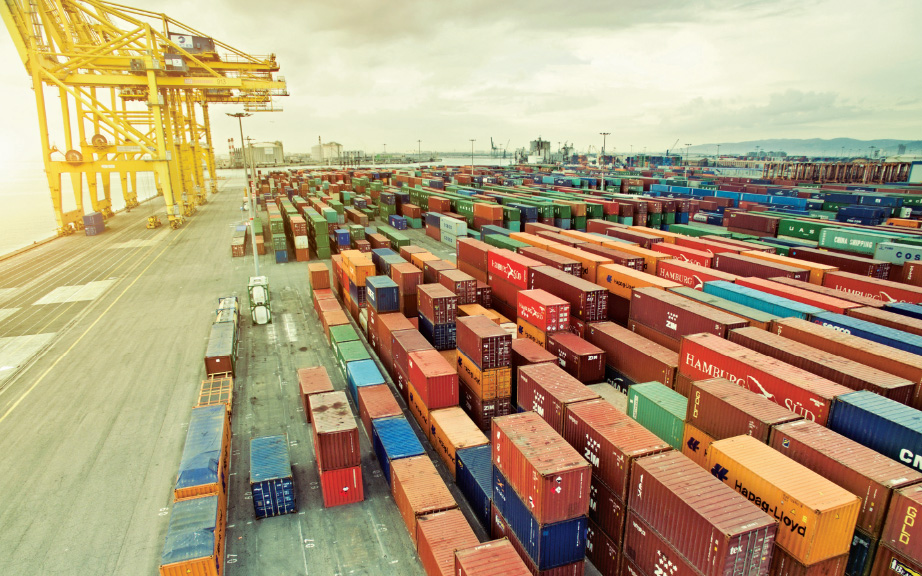 Now a senior adviser at Addison-Clifton, Fonkem spent time with a law firm specializing in international law and trade during the formative negotiations for the Trans-Pacific Partnership, a trade agreement among Pacific Rim countries President Trump abandoned early in his administration as a “bad deal” for the United States.

In the case of TPP, Fonkem says consequences include forfeited leadership for the United States as China fills the void and lost future trading opportunities for U.S. companies that will face higher tariffs. The results could be much worse if the United States takes a similar path with negotiations for the North American Free Trade Agreement, another treaty the president has labeled as a bad deal.

“I really can’t even think about it because of how bad it would be,” Fonkem says. “There is a lot to lose — the supply chains of so many companies have become continental, you just can’t disrupt them like that. There are too many jobs and companies at stake.”

In late February, negotiators from the United States, Canada and Mexico began the seventh round of negotiations since Trump asked for a revised treaty, with a myriad of issues from agricultural subsidies to conflict resolution to the parts makeup of automobiles awaiting final resolution.

While most observers predict a NAFTA 2.0 will emerge eventually — it may take much longer than anticipated — many also are keeping a wary eye on the process. Unlike TPP, abandoning NAFTA would not only mean the loss of potential future benefits, it would also jeopardize more than 30 years of economic gains across North America.

Changes that disrupt the flow of those goods, or the supply chains up and downstream, could adversely affect companies around the region.

For Waupaca Foundry, a division of Hitachi Metals and a global leader in the production of cast iron parts for the auto industry, about 10 percent of the company’s exports are to auto and truck assembly facilities in either Mexico and Canada.

It may not be the company’s largest market, but it’s significant.

“As part of Hitachi Metals, we are part of a global player,” says Michael Nikolai, president, CEO and COO of Waupaca Foundry. “Less regulation and fewer tariffs helps our business. Any change might be good for some in the short term, but it could cause long-term reorganizations that are less so. Our product is heavy and expensive to ship, so our manufacturing footprint needs to be as close as possible to the customer.”

Nikolai says it’s uncertain how any changes to NAFTA, or the collapse of negotiations, would affect the company’s ongoing discussions of opening foundry facilities in Mexico. It’s been a discussion point for several years, but a plant has yet to be built.

But, if it were to get more expensive to ship castings to Mexico, it would make sense to locate facilities closer to the automakers based there. While the foundry’s own supply chain is local, it is part of a global supply chain for the auto industry.

“A lot of companies’ supply chains have become global,” says John Wiesbrock, executive vice president, sales, marketing and supply chain management for Waupaca Foundry. “But it’s fragile. A collapse of NAFTA could affect a lot of supply chain decisions in ways we may not like.”

For Wisconsin Manufacturers & Commerce President Kurt Bauer, any changes that make it more difficult to move components and finished products across the Mexican or Canadian borders threaten the continued growth of the Wisconsin economy. He also worries about the supply chain implications.

“It’s not just the direct exporters who are threatened,” Bauer says. “It’s the supply chain and it’s how it would affect our trade relationships around the world.”

For all the negative rhetoric that has surrounded the ongoing negotiations, most still think NAFTA will survive, though it may emerge with a few new wrinkles. The bottom line assessment is that the economic gains of the past 30-plus years outweigh the economic negatives.

“Once you have experienced the benefits of something, they are awfully hard to take away,” Fonkem says. “It may not be perfect, and U.S. labor has taken some losses, but the economy would be too badly hurt for a long time if we were to abandon NAFTA.”