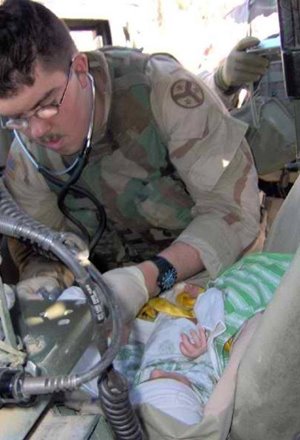 Caleb Martin remembers listening to the war stories of his great uncles as a little boy. By the time he was 14, a boy scout at the time, Martin knew he wanted to serve in the medical field after helping out at a local fire station. When Martin was a junior in high school, he decided to take the plunge and join the Tennessee Army National Guard. After going through basic training that following summer, he attended the United States Army advanced individual training after high school graduation at Fort Sam Houston in Texas to be a medic. Two weeks later, he was deployed to Iraq.

In 2005, Martin returned home to begin his civilian career. He was still active duty through the guard and trained medic units. In 2009, he was deployed to Iraq again. While serving overseas, Martin worked with Iraqi Police and Special Operation Forces to develop a medic training regimen. Martin even helped set up a base for training medics.

After returning home for a second time, he worked for the Tennessee Medical Command and directed training for all state medics. He continued to go on missions to Central and South America to provide medical coverage and training.

In 2013, Martin was hired as an occupational health nurse at Waupaca Foundry located in Etowah, Tennessee.

"My military experience was the leading role in me getting hired here. I got hired into health services, and that was how I began my Waupaca Foundry career."

In September 2018, Martin retired from the Army National Guard

“After I found out my wife was expecting our first child, I wanted to settle down at home and start a new career that took care of my growing family. The benefits package at Waupaca Foundry coupled with the thought of being home every day left no doubt in my mind I was making the right decision,”  Martin says.

Since his military retirement, Martin was promoted to assistant human resources manager at Waupaca Foundry and recently received the McMinn APEX – Adaptability, Performance, and Excellence In their Industry or Profession – Young Professional of the Year award. Additionally, he continues to volunteer as a Captain at the Englewood Fire Department as he did when he was younger. 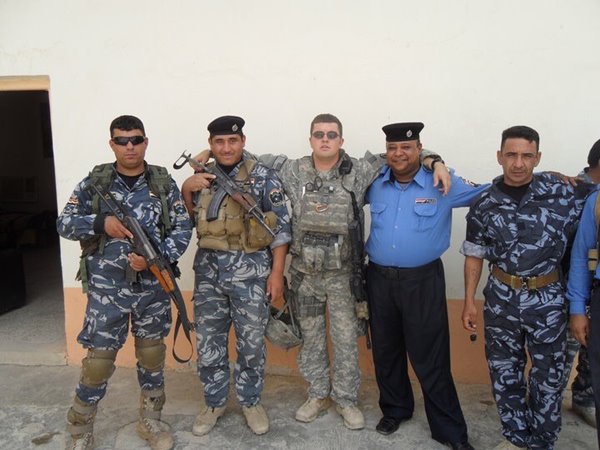 “At the age of 19, I was able to go from a two-red-light- town to traveling the world. I have been able to experience many different cultures, languages and how people treat each other. I can apply these experiences in my decision making process daily. Most importantly, the Army taught me to be proud of what I do and to treat others with respect and dignity,” Martin says.

Waupaca Foundry is proud to employ the men and women who have served our country. In fact, 10 percent of our employees have served in uniform. We thank you for your service.
#etowah #nurse #veteran #veterans