After it was vandalized last summer, Doran Hardware received $1,700 in donations over and above what it cost to replace a window at his business, including by at least one (anonymous) Waupaca Foundry employee. Business owner, Wally Doran said he did not know the man, who told him he works at Waupaca Foundry. The additional funds are going to benefit elementary school students in Waupaca, Wisconsin. 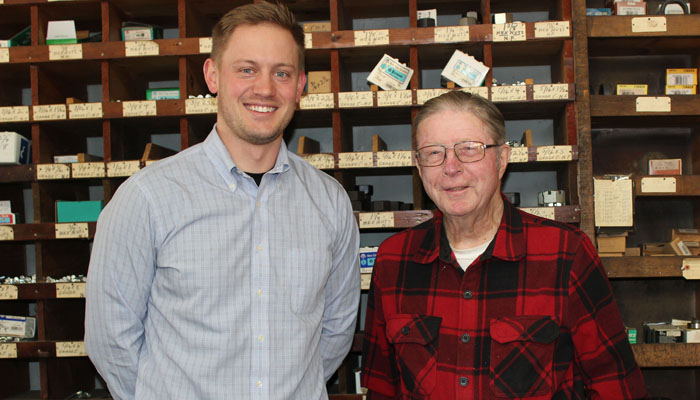 Wally Doran is turning a negative into something positive for the community.

The approximately $1,700 in donations he received over and above what it cost to replace  a window at his business, after it was vandalized last summer, are going to benefit elementary students in Waupaca.

"I had an amount of money to do something with. I didn't know anything better than to give it to the city. I thought that would be the most productive place to put it and be fair to the contributors," said Doran, who has owned Doran Hardware since 1964.

In January, the citys Parks and Recreation Department plans to have cards placed in the approximately 125 backpacks going out each week to Waupaca elementary students through Project Backpack.

Each of those elementary-aged students then gets to either choose a peice of equipment, like a volleyball or a football, or registers to attend a park and rec program.

"It isn't something we would typically be able to do. We're excited to do something wonderful, that is beneficial to the community," said Aaron Jenson, the city's parks and recreation director.

Each Friday, Project Backpack delivers backpacks filled with food and snacks for the weekend to students in need.

Once families receive the cards from Park and Rec, if they are unable to make it to the rec center to register for programs or choose equipment, they may call the rec center.

"We can help them through the program registration or arrange for the equipment to get to them one way or another," Jenson said.

Doran hopes some good comes out of the funds people contributed to help him replace a window in his store.

On Aug. 24, his business at 255 Jefferson St. was one of four vandalized early that morning.
Rocks were thrown through a large, plate glass window, and Doran's insurance did not cover vandalism.
Matt Grunwald, of Waupaca Machine, emailed members of the Waupac Area Chamber of Commerce, asking for for donations to cover that cost...
#wfnews