Optimizing and improving energy efficiency in compressed air systems has long been an important priority for the manufacturers in the U.S. DOE’s Better Plants program. Since the program began offering In Plant trainings in 2011, the compressed air training has been the most frequently requested training off all the industrial system trainings. In addition, many compressed air system energy-saving opportunities have been uncovered during the energy Treasure Hunt trainings that are offered through the program. These opportunities have been shared and implemented by many Better Plants partners and were a key element for many that met the program goal as of 2019.

In the past five years the Better Plants program has offered annual awards for significant energy-saving projects and best practices. Termed the “Better Project and Better Practice Awards,” this initiative recognizes partners for implementing projects save large amounts of energy as well as for implementing best practices and managerial improvements that facilitate the partners’ ability to reach their sustainability goals. Partners having significant energy-saving projects receive a “Better Project” award and partners that demonstrate important best practices are awarded “Better Practice” awards.

In the case of Schneider Electric, traditional measures for detecting compressed air leaks were insufficient for finding all the leaks that the company’s energy management team wanted to uncover. In addition, some internal stakeholders were skeptical that leaks were a significant source of cost savings. The energy management team worked with a third party to evaluate advanced, acoustical imaging technology that could show the location and magnitude of compressed air leaks anywhere within a manufacturing plant.

The demonstration showed that it was very easy to locate leaks quickly and accurately, often in places that are hard to access. The energy management team was then able to procure the device and train more than 40 employees how to use it. In a few weeks, the company’s employees found more than 250 compressed air leaks across six plants, resulting in $60,000 in compressed air energy cost savings. Because the technology can measure losses in any environment that generates acoustic signals, the company plans to use the technology to locate leaks within other industrial gases, steam systems and even pump cavitation. 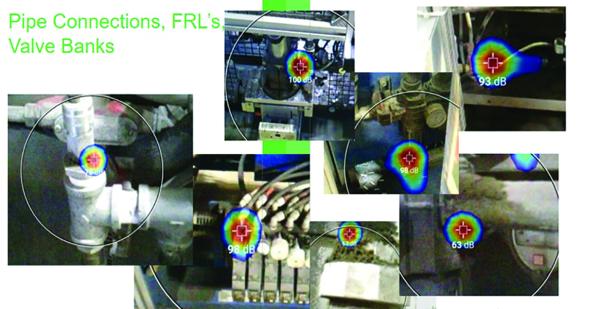 Waupaca Foundry implemented a system-level project that included supply-side upgrades and demand reductions to improve their Waupaca, WI, plant’s compressed air performance. One important feature that led to the project was a Compressed Air In-Plant training offered through the Better Plants program that yielded several improvement opportunities that Waupaca implemented. Marco Gonzalez, Corporate Energy Manager at Waupaca Foundry said “Energy represents our third largest expense, with a direct impact on our environmental footprint and business bottom-line. Having the opportunity to have a DOE In-plant training allowed us to provide our employees base knowledge to effectively monitor and manage our energy consumption, as well as to identify opportunities for improvement in our daily operations. Training enhances our energy skills and raises awareness, promoting engagement and a new energy efficiency culture across the company." 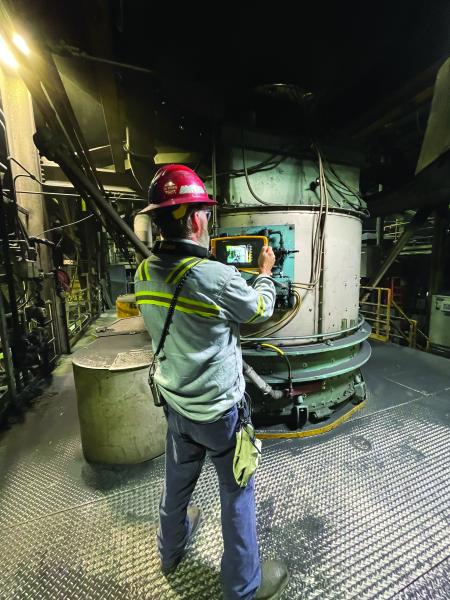 The compressed air optimization project not only saved energy, but also improved system reliability to meet foundry operational needs. The total project costs amounted to $325,000. With combined reductions of approximately 1,100,000 kWh of electricity, 6,750 MMBTU of Natural Gas, and 13 million gallons of water the total cost savings were $185,000 per year, yielding a simple payback of only 1.24 years. This project was also eligible for energy rebates from the state energy efficiency program, which paid the equivalent of 28% of the project cost.

After installing an isolation valve on the header serving that part of the plant, the company found they were able to reduce compressed air losses by 62%. The company’s engineering team then decided to apply isolation valves to other areas. This decision further reduced compressed air demand to the point where the company was able to justify replacing an old, oversized air compressor with a new, smaller unit that can start and stop automatically as needed by system demand. The isolation valves served to reduce compressed air energy consumption and helped the system operate more efficiently, which in turn, lowered both electrical demand and consumption.

Based on the implementation of isolation valves and reduced consumption from the smaller air compressor, total energy savings amounted to 406,000 kWh per year and annual compressed air energy cost savings of $35,000 per year and resulted in a simple payback of about 1.5 years. 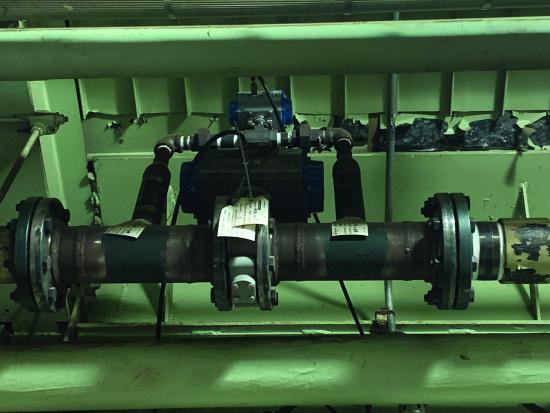 Compressed air is used in all the company’s plants and is often the single largest energy end use within them. As a result, compressed air energy-saving measures are often replicable across the company and offer significant positive impacts. One area of focus is with compressed air leaks since they are “the best low hanging fruit to focus on and they always keep popping up and waste energy” according to Stephen Tankersley, Project Manager at RING.

In RING’s case, the company leveraged several internal and outside resources, including an IAC assessment, to uncover more than 1,900 CFM worth of air leaks that were wasting approximately 1.5 Million kWh per year. The company then implemented a corporate-wide leak repair campaign that yielded compressed air energy cost savings of $138,000 per year. In addition, RING set up a regular leak detection/repair program that includes one large annual campaign along with daily leak checks by plant staffs. One additional benefit, from the compressed air leak repairs, is that the personnel in the plants are more aware of compressed air leaks and the losses associated with them, even the small ones. This has led to a more proactive culture of finding and fixing compressed air leaks.