Robots are cool – especially for kids who get to customize and build their own. As their accessibility increases, they are taking afterschool programs by storm, especially at William Tell Elementary.

Pat Jarboe, a computer teacher at William Tell Elementary, started the robotics team six years ago, and it is now in its third year of using VEX robots – a programmable and kid friendly robotics system. The Vex Robotics team is made up of fourth-, fifth- and sixth-graders who are all excited about STEM. The program was so popular with some of the students that Tell City Junior-Senior High School decided to start clubs as well. Next school year, a middle school girls team will be added.

The William Tell Elementary VEX teams are setting the bar high, not just for other robotics teams but for all after school clubs for five reasons:

Whether it be in the classroom or at a competition, the VEX robotics team works together. Currently at William Tell Elementary, the sixth grade students are working with their fourth and fifth grade team members to prepare them to take over the program the following academic year.

"You never see anyone that feels excluded. At the competitions, they are actually rewarded for inclusion and being good helpers," Brandon Roper, father of a VEX robotics team member, said. "They win or lose as a team."

Originally, Jarboe was the only coach and person managing the club and its individual teams. However, after the teams' success at competitions, more parents became involved.

"If you don't have a quality program, the parents aren't going to get behind it. If we didn't show those successes, we would be struggling," Jarboe said.

Roper was recruited by his son, Rex, and, like other parents, come into the classroom on "Optional VEX Day," every Wednesday to monitor and help the kids experiment with their robots. This is a time when kids can experiment, solve problems and write autonomous programs. Parents also volunteer at the in-house tournament the club hosts. This year, 35 teams are signed up to compete and approximately 160 kids will be present.

3. Kids are learning real, practical skills with no distractions

The club already has nine robots, six donated by Waupaca Foundry. Some of the elementary schools in the area have yet to receive robots because of the vast expanse. The VEX program in the state of Indiana has nearly tripled in the last three years ago. 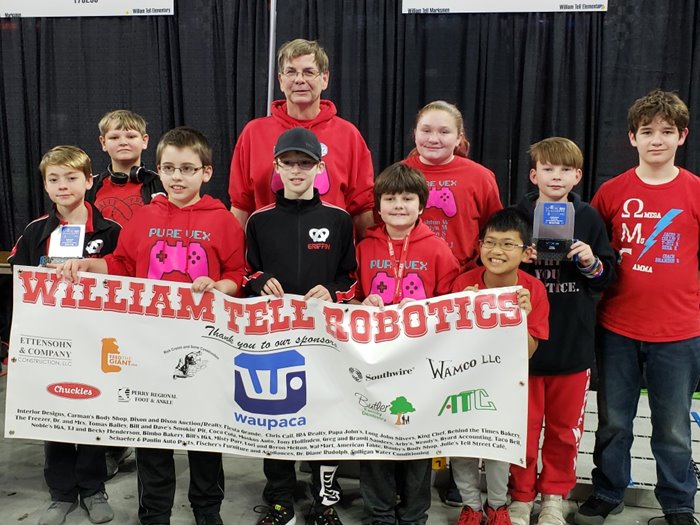 Even with a significant price tag for the robots themselves, the William Tell robotics club is free to all.

"I think the fact that we don't necessarily have to go out and raise money and sell chocolate bars allows us to concentrate on what we're doing, what we're learning, and that's what makes the difference.

When the kids are not working with their robots, they are also coding, taught by Pat Jarboe and Brandon Roper, who earned a certificate in C++ programming.

4. They have their own home tournament

The club hosted their first tournament at William Tell Elementary and won Event Partner of the Year in 2018. They are already set to host their next competition in February 2019, and Waupaca Foundry team members from the Tell City gray and ductile iron foundry will be working as volunteers.

Teams present have the opportunity to explore during downtime at STEM City, a hands-on learning environment located within the school. Picture it as a children's museum inside a school. It was created by William Tell Elementary with support from Waupaca Foundry and holds robots, microscopes and more for kids to direct all of their creativity towards throughout the day.

In 2018, Waupaca Foundry sponsored the team to attend the VEX Worlds International Tournament where the team – the Marksmen – placed above 65 percent of the teams in skills and challenges. Two out of three of the VEX Robotics club teams have already qualified for the state tournament in 2019.

Waupaca Foundry has been a supporter of the program since its inception in 2012. 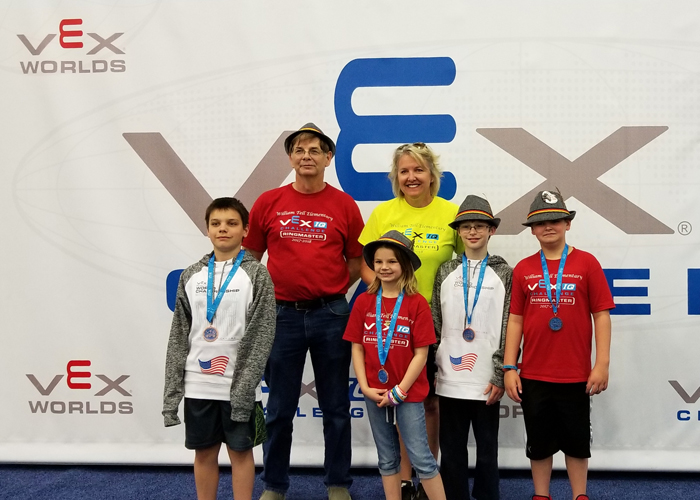 "The VEX robotics club at William Tell encourages children to explore STEM-related concepts, which increases their skill and cultivates their passion. As many manufacturers continue to develop advanced technology and invest in robotics for operations, we will rely on this next generation of innovators," Gary Greubel, Waupaca Foundry human resources manager said.

Educators, are you interested in adding a robotics club to your extracurricular programs? Parents, is your child ready to join a robotics team? Find clubs and competitions for K-12 students nationwide. These helpful websites are a great place to start: