Getting to the Bottom of Landfills 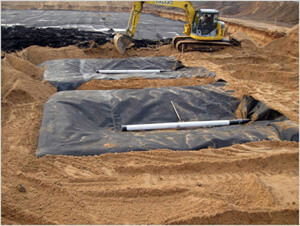 More than two years ago, Waupaca Foundry teamed up with TRC Engineering Services to test the hypothesis that foundry sand by-product could do the job of native clay in various aspects of landfill construction. If they were right, it would mean that the by-product could be used beyond its traditional role as a geotechnical fill.

It all began when we recognized that our spent foundry sand contained a lot of high-quality clay. A lot of clay that acted so much like the sought-after "native clay" which is the material you reach for when you need, say, a low hydraulic conductivity barrier. Historically, native clay had been the only guy for the job. It doesn't allow water to pass through to the next layer of material, making it ideal for containing earthy projects like manure pits and landfills. Lining such projects with native clay helps prevent contained pollutants from seeping into the soil and the negative environmental issues that could result.

One downside to native clay is that it can be expensive to mine and transport if it's not available locally. Clay mining isn't exactly the most eco-friendly practice, either. So when we noticed that our spent foundry sand shared many of the same properties, we called on science to see just how good it could be.

The Waupaca Foundry and TRC team started at the top. Could the spent sand work as a landfill cap? Would the Wisconsin DNR approve? Could using native clay be a thing of the past? 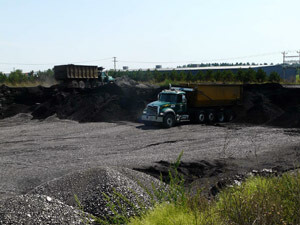 We feel this is just the beginning for foundry by-product. Now that we know how well it replaces native clay, we're going to keep testing and keep researching ways for us to use it in other places where native clay had the market cornered. Look out, native clay, your days might be numbered. A new, eco-friendly substitute is about to give you a run for your money.