How Manufacturers are Tackling the Skills Gap

The biggest change was after the recession. When manufacturers got back on their feet, they invested in automation and technology. When laid off workers were looking to come back to the sector, they did not have the skills for the changed job descriptions that demanded much more than pre-recession requirements. 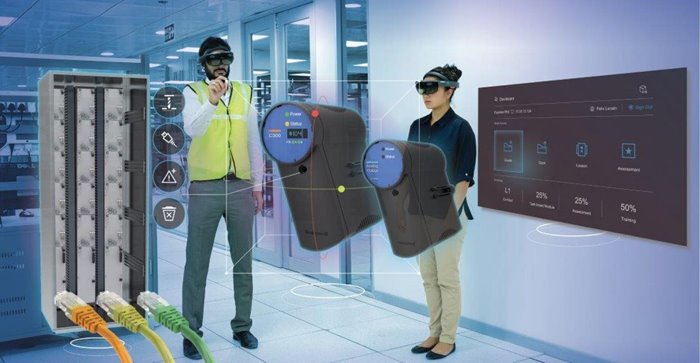 How Manufacturers are Tackling the Skills Gap

Facing a widening worker shortage in the U.S., manufacturers are deploying tactics from VR to apprentices, to help recruit, train, and retain the next generation of workers

Manufacturing executives have been losing sleep over the worker shortage for a few years. The situation only continues to accelerate, however. Today, the worker deficit has begun hitting companies squarely in the bottom line --during the first quarter of 2019 more than 25% manufacturers had to turn down new business opportunities due to a lack of workers, according to a report from theNational Association of Manufacturers (NAM)

Why aren’t there enough workers?  The most common response to this question from companies, advocacy groups and the U.S. government is that there is a fundamental skills gap.  Workers just don’t have the skill set it takes to operate in today’s high technology manufacturing workplace.

Why don’t workers have the right skills?  Some would argue that if the field paid more, it would have attracted workers who have the necessary training. If workers -- either those graduating high school, college or others looking to get into different careers -- were paid a good wage there would be plenty of available talent.

But that viewpoint is too simplistic for Mark Muro, senior fellow and policy director of the Brookings Institution.

“We are operating under a very old model of employment,” says Muro. “Our structure is left over from the days of the great American century where we dominated world economies. Mass production was the norm and most people worked for one employer for their lifetime. “

In that model, training, and retraining weren’t nearly as important. But, Muro note, “over time that’s changed and we are looking at a much faster change in technology with an accompanying change in skills needed. But we haven’t created the new systems that truly reflect the needs of the moment.”

The biggest change was after the recession. When manufacturers got back on their feet, they invested in automation and technology. When laid off workers were looking to come back to the sector, they did not have the skills for the changed job descriptions that demanded much more than pre-recession requirements.

Only blaming the shortage on the lack of skills, while true, doesn’t tell the whole story. In addition to the question of pay and its effect on available workers, there is also the issue of stability. Since 2000, the sector has lost five million workers, mainly due to plants closures and offshoring. And even in 2019 plants, such as General Motors’, are closing, resulting in large layoffs. From the perspective of a potential employee, this all demonstrates that there is a lot of risk starting a career in manufacturing.

“Manufacturing has a serious perception problem,” says Carolyn Lee, director of the Manufacturing Institute of NAM. In addition to not understanding the economic factors of the industry, she points out that “many young people just don’t know what is happening inside these plants -- they don’t realize that it’s a high-tech industry with great career potential.”

Blake Moret, CEO of Rockwell Automation, agrees. He feels that the education system is missing the mark by not offering up the field as a good career, arguing that high schools are too focused on sending students to four-year universities.  Rather, he suggests, they need to educate students about opportunities that are available with a high school degree, or other two- year programs or certifications.

“Students should not need to feel that a four-year bachelor’s degree is the only cost of entry to the workforce,” he says.

And he’ll go toe-to-toe on pay as well: “The reality is that there are good paying entry level jobs with paths that provide almost limitless opportunity including the ability to advance quickly.”

Training workers in new technologies is the focus of many companies. Honeywell Technologies is using augmented reality (AR) and virtual reality (VR) to help companies onboard and train workers.

These particular technologies, in tandem with intelligent wearables, enable knowledge to be captured and transferred in new and efficient ways.

“We view our workforce from a variety of angles with regard to skills,” said Eric Seidel, vice president strategy and CMO, Honeywell Technologies. “We have employees who are retiring, and this is draining a lot of knowledge from the company. Then we have employees who have been with us for over 15 years and need to pick up new skills. And finally, we have younger workers who might only stay for a few years.

“Instead of traditional classroom learning, AR and VR allow someone to actually perform the task and therefore the learning curve is much faster,” he adds.

Speeding up the learning curve is especially important since younger workers are not willing to spend the 15 years of training it used to require to be competent at performing some of these jobs.

Wearables is another form of technology that transfers organizational expertise directly to a technician while on the job. For example, if an employee is working on a piece of equipment in the field, AR/VR training can provide assistance on what needs to be done.

“We have live video streams that we provide to employees through their helmet, vest or hard hat,” says Seidel. “It’s like having someone right there looking over your shoulder who is a subject matter expert.”

This is shifting how the work is done in the field, says Seidel. With the expertise on demand, what used to take almost a year of training now requires just a quarter of that time.

“Digital training is especially appealing to millennials who grew up with technology and want to have that an inherent part of the job that they are doing,” Seidel says. And the ability to train using AR/VR has helped the company increase the retention rate of the younger workers.

Another appeal of this way of learning is that it provides real-time feedback.

“Traditionally someone was out in the field, fixed a problem but didn’t always know the outcome until it was measured at a later date,” says Seidel. AR/VR technology can provide immediate feedback, which is especially important to younger workers.

In addition to this technology, simulating outcomes is another training method to close the skill gap.

“Think about a pilot who learns through simulating a variety of problems that could occur,” says Samer Forzley, CEO of Simutech Multimedia.  “We are doing the same thing for the factory floor.”

Simulation is an excellent tool to refresh and provide new skill sets. “The older generation has the industry experience but not always the updated technical skills. While the younger workers are technology natives but do not the years of field experience.”

Presentation of the material is key for this application to work.

“The situations can’t be contrived,” says Forzle. “When we provide simulations that workers, especially older ones, know could come up day to day, there is an instant trust built that allows workers to move past their comfort zones and adapt the new technology.”

And the formatting of the simulation -- which is similar to gaming -- appeals to the younger workers. “We have heard of cases where employees are doing these simulations at home after hours as it become addictive,” explains Forzle.

The major benefit of this training is to teach skills that often hard to learn in school settings or through assessments. By simulating scenarios that will arise, employees are learning problem-solving skills.

Yet another advantage this system offers is that it can be used to assess the skill level of incoming employees. This provides both a better match of people to specific jobs and to learn what gaps exist and then provide training to overcome those gaps.

National Strategies to Fill the Gap

While companies are investing in on-site technology to provide training, they are also investing heavily in apprenticeship programs as a tool to teach the skills needed in digitized manufacturing. Many companies have used programs that employ high school students and pay them for the work while they earn a variety of degrees.

Across the county, these programs have gone a long way toward bringing in needed talent and simultaneously ensuring workers enter the workforce with the necessary skills.

“Apprenticeships are one proven way for both students and working professionals to build new-collar skills — not just in technology, but across industries,” said Ginni Rometty, CEO of IBM, in an op-ed on CNN in January. “And with data showing that 91% of apprentices find work after completing their programs, it's a model that should be scaled up much faster than is happening today.”

To speed things up she suggests a national program. “No one company can launch enough apprenticeships to solve America's skills challenge,” Rometty wrote. “Businesses' shared goal should be to create a national corps of skilled workers to fill millions of open new-collar jobs, accelerate American innovation and expand economic prosperity — especially in communities that feel tech has left them behind.

“Together, we will help close our nation's skills gap, build a pipeline of talented workers to thrive in technology's fastest-growing fields and restore trust in tech as a force for good,” Rometty said.

The tech industry has responded to this challenge loudly. At CES 2019, 17 businesses launched a CTA Apprenticeship Coalition, pulling in manufacturing powerhouses like IBM, and Ford.

The U.S. government is also involved in these efforts through the Department of Labor’s apprenticeship program, which certifies company programs for jobs including, CNC machine operator, machinist, maintenance and repair, mechatronics technician, tool and die maker, welders and more. In 2017, the Trump administration set a goal of 4.5 million apprenticeships by 2022.

Apprenticeship are one solution, but they not a panacea, notes Rockwell Automation’s Moret.

This includes high school internships, two-year programs and others. Moret also feels that education has to be more flexible.

"The concept is to have multiple on and off ramps to education,” he says. “People have life circumstance that cause them to go into the workforce early, but they need the ability to go back and get additional education. This is important since careers could last 40 years and there is a need to have the ability to get different amounts of education.”

But it just might be Moret’s view of how to attract workers to the industry that will turn out to be the key to solve the worker shortage.

He says there are three components for people to be happy in their jobs:

“The work you are doing must be important and must serve the greater good,” he says. “You need tools and support to do a good job and you have to have a chance to move forward and progress in your career.”