How the U.S. Turned Around its Manufacturing Sector 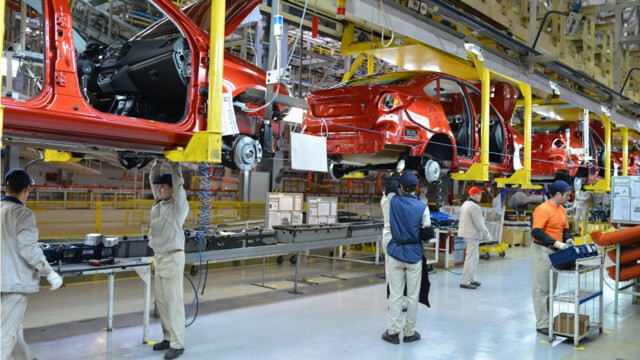 The U.S. has recently engaged in a program to better position itself in addressing the challenge of advanced manufacturing in the 21st Century.


Even though the U.S. economy is the largest in the world by GDP, it was a crisis in the manufacturing sector that prompted the government to act to save the industrial sector over the last decade. On the face of it, the U.S. manufacturing sector accounts for 11.6 percent of GDP, employs over 12 million people and makes up two-thirds of all exports.
Look below the surface, however, and the economy hasn’t always been as healthy. From about 1980 to 1985, and then again from 2001 to 2009, the U.S. experienced a greater decline in manufacturing jobs even than that experienced during the Great Depression. According to the Information Technology & Innovation Foundation in the U.S., it is estimated that about one-third of all manufacturing jobs were lost between 2001-2009.
The manufacturing crisis has been attributed to a variety of causes, from an annual trade deficit, a reliance on outsourcing and the growth of domestic industries such as finance, construction, real estate and services. However, probably the biggest reason for many is China’s meteoric rise following its entry into the World Trade Organisation (WTO) in 2001, which MIT economists have directly attributed to the loss of 560,000 American jobs.
Having stemmed the loss of manufacturing jobs, the U.S. has more recently engaged in a program to better position the industry to face the challenge of advanced manufacturing in the 21st Century. On January 15, 2014, the then-president Obama gave a speech at North Carolina State University, where he set out his vision of a new phase of manufacturing innovation. In it, he talked about Manufacturing USA, the brand name for a policy initiative called the National Network for Manufacturing Innovation (NNMI).
The NNMI is a network of 14 research institutes designed to foster the improved design, development and commercialisation of innovative new manufacturing technologies. The institutes are located in regions around the U.S. making the best use of the local skills and resources available and concentrating research in a specific area.
The institutes range in specialisms, covering areas including: additive manufacturing, robotics, design engineering, smart manufacturing, lightweight and advanced materials and composites, power electronics, photonics, flexible electronics, cell regeneration, clean energy and biopharmaceuticals. The Manufacturing USA program is administered by the interagency Advanced Manufacturing National Program Office (AMNPO), which works in partnership with the Department of Defense, the Department of Energy, NASA, the National Science Foundation and the Departments of Education, Agriculture, Health and Human Services (HHS) and Labor.
Some of the institutions have a greater focus on digital technologies than the others. For example, the Advanced Robotics Manufacturing (ARM) Institute was established to, “develop, demonstrate and accelerate the early adoption of novel robotic solutions.” Its four overarching goals are focused on empowering American workers to compete with low-wage workers abroad; helping the creation of new jobs to secure national prosperity.
Another, the DMDII, is the hub for digital manufacturing and design innovation. In a promotional video outlining the institution’s work, Caralynn Nowinski Collens, managing director of the DMDII says, "We're the place where companies of all sizes meet up with innovators to plot the future of manufacturing. This is where you take things like data and artificial intelligence and the Internet of Things and piece it all together to figure out how we can advance an entire industry."
To achieve this, the institution has four ‘technology thrust areas’. The first is called Design, Product Development and Systems Engineering; the second is called the Future Factory; the third looks at creating agile, resilient supply chains; and all of this is underpinned by a focus on cybersecurity in manufacturing.
The program is making quick progress. An independent assessment of Manufacturing USA by professional services firm Deloitte found that the first eight institutes, established between 2012 and 2016 have, “reached a critical mass of valuable connections among participating companies, universities and other entities.”
The network now has 830 industry members, two-thirds of which are manufacturing firms, including 361 small businesses. The network has delivered, or is working on delivering, around 200 major applied research projects, which have reached out to 28,000 people, including students from 12th grade to university, as well as manufacturing employees and veterans.
Despite the successes, the U.S. still has challenges ahead in the journey to digitalisation and initiatives such as Manufacturing USA are going a long way towards solving these. But, considering the success of the last decade, what could be in store for the next?
#iron-casting #jobs #manufacturing