Stiff Duties Expected on Driveline Components from China and Canada

The Department of Commerce and International Trade Commission suspect driveline components exported from China and Canada to the US are sold at prices below fair market value or are being subsidized by a foreign "authority". However, a new anti-dumping or countervailing duty rule could change that. Preliminary findings of investigations by the Department of Commerce into subsidies and dumping allegations indicate that duties could soon be imposed on iron castings from these two countries.

"Dumping occurs" when a foreign company sells a product in the United States at less than its fair value. The anti-dumping law provides US businesses and workers with an internationally-accepted mechanism to seek relief from the market distortion caused by such imports. If final investigations by the Department of Commerce and U.S. International Trade Commission (ITC) determine the allegations on the Chinese and Canadian driveline components to be true, an anti-dumping rule with strict duties is likely to come into effect in the near future. 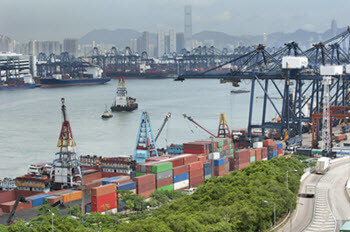 On April 11, 2016, the Department of Commerce International Trade Administration (ITC) published preliminary determinations that countervailable subsidies are being provided to producers and exporter of Driveline Components from the People's Republic of China. The preliminary determination is currently in its comment period. The notice sets forth Countervailing duties on driveline components from several manufactures in the People's Republic of China ranging from 2.68% to 166.77% and a duty of 15.51% on all producers not specifically named in the notice. The ITC also announced their intention of aligning the Countervailing Duties Final Determination with the Final determination of the companion Anti-dumping investigation. The final Countervailing duty determination will be announced with the final anti-dumping determination, currently scheduled for December 2016.

Driveline Components Likely to be Affected by Anti-Dumping Duty

On June 1, 2016, the Department of Commerce announced its affirmative preliminary determinations in the anti-dumping duty investigations of imports of certain iron mechanical transfer drive components from Canada and the People's Republic of China (PRC). Several categories of driveline components made of grey or ductile iron were investigated, including:

Read the ITC fact sheet and summary of the investigations for details.

If your manufacturing business relies on finished or unfinished iron mechanical transfer drive components from China and Canada, it might be worth your while to explore a US based foundry as an alternative. Being proactive may prevent any unnecessary operational delays or unexpected costs that occur if the tariffs are imposed.

For US-made, quality driveline components that deliver performance and value, consider Waupaca Foundry. OEMs and Tier I manufacturers across the United States, Mexico and Europe rely on our casting design expertise and product development collaboration for high-performing, wear resistant and consistent high-quality iron castings. In addition to improving machine cycle time and machine tool life, we are able to improve your total manufacturing cost. As a trusted iron casting component supplier for the agriculture, construction, and industrial markets, Waupaca Foundry offers a full line of components for off-highway applications.

With nine foundry and machining/assembly locations in the United States, 1.5 million tons of capacity, and key account managers worldwide, you can count on our consistent, high quality iron casting components.