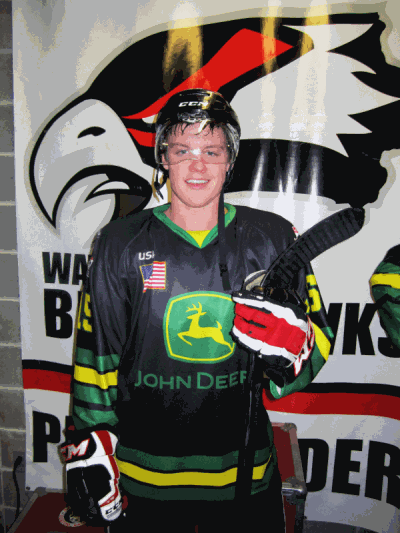 Julie Vieth is an 18-year employee of Waupaca Foundry in Marinette. Her son, Austin, is a two-year summer help employee, also at Plant 4.  Austin attends Hawkeye Community College and plays in the United States Hockey League for the Waterloo Black Hawks.

On the weekend of February 1, the Black Hawks partnered with John Deere Water Works to celebrate their Cedar Valley heritage by wearing John Deere-themed uniforms for two games. The special jerseys were then auctioned off to raise money for local youth hockey programs.

Waupaca Foundry bid and won Austin's jersey. It was the convergence of a number of special things: Austin Vieth had produced castings for John Deere Waterloo at Plant 4 and was now skating in a special-edition jersey representing what John Deere means to the community. The jersey will be proudly displayed in Plant 4's conference room. 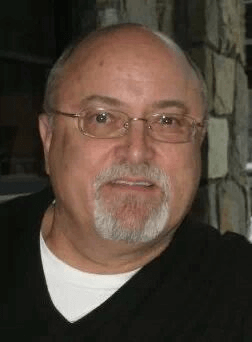 This became more meaningful and poignant a few days later when our colleague John Farrell passed away. John, an account manager for John Deere, was passionate about the Black Hawks, John Deere, and Waupaca Foundry.

The Waterloo Black Hawks ask their players to commit to excellence every day. It's that same pride, dedication, and spirit that John Deere and Waupaca Foundry bring to the workplace. It was what John Farrell exemplified every day.

As for Austin Vieth, in December he committed to the University of Alaska-Fairbanks, with a 4-year scholarship offer. He will pursue his degree and fulfill his lifelong dreamâ€”playing Division 1 hockey. Waupaca Foundry couldn't be more proud.