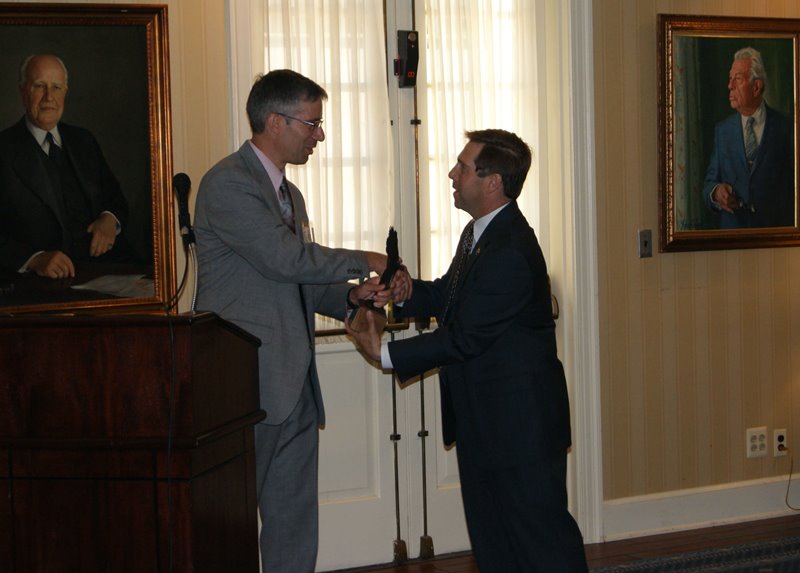 On Tuesday June 24, the American Foundry Society (AFS) and Tennessee metal casting foundries including Waupaca Foundry presented Representative Chuck Fleischmann (R-TN) with the Metalcasting Industry Eagle Award during the industry’s Government Affairs Conference in Washington, D.C.  This award is presented annually to lawmakers who support policies in Congress that enhance the ability of U.S. foundries to create jobs and innovate, as well as those who fight back against burdensome and costly regulations that hurt our industry.

Congressman Fleischmann’s district is based in the Chattanooga area and includes large parts of East Tennessee.  The district has a rich manufacturing history and is home to 11 metalcasting facilities, the most foundries found in of any districts in the state.

The Congressman has been a strong ally and supporter of the foundry industry.  Last year he spearheaded a bipartisan letter to the EPA administrator that received the support of over 80 members of congress calling for the agency to exempt foundries that thermally reclaim sand from Subpart UUU.  In presenting the award, Bryant Esch, Environmental Coordinator at Waupaca Foundry, thanked “Congressman Fleischmann for his continued support of commonsense legislation and regulations.”  Waupaca produces ductile and gray iron castings with over 550 employees in Etowah, TN for the passenger car and light truck, agriculture, and commercial vehicle sectors.